Members and friends are invited to a bothy night on
Monday 8th June  5pm onwards,
with
Kleyne Klezmer 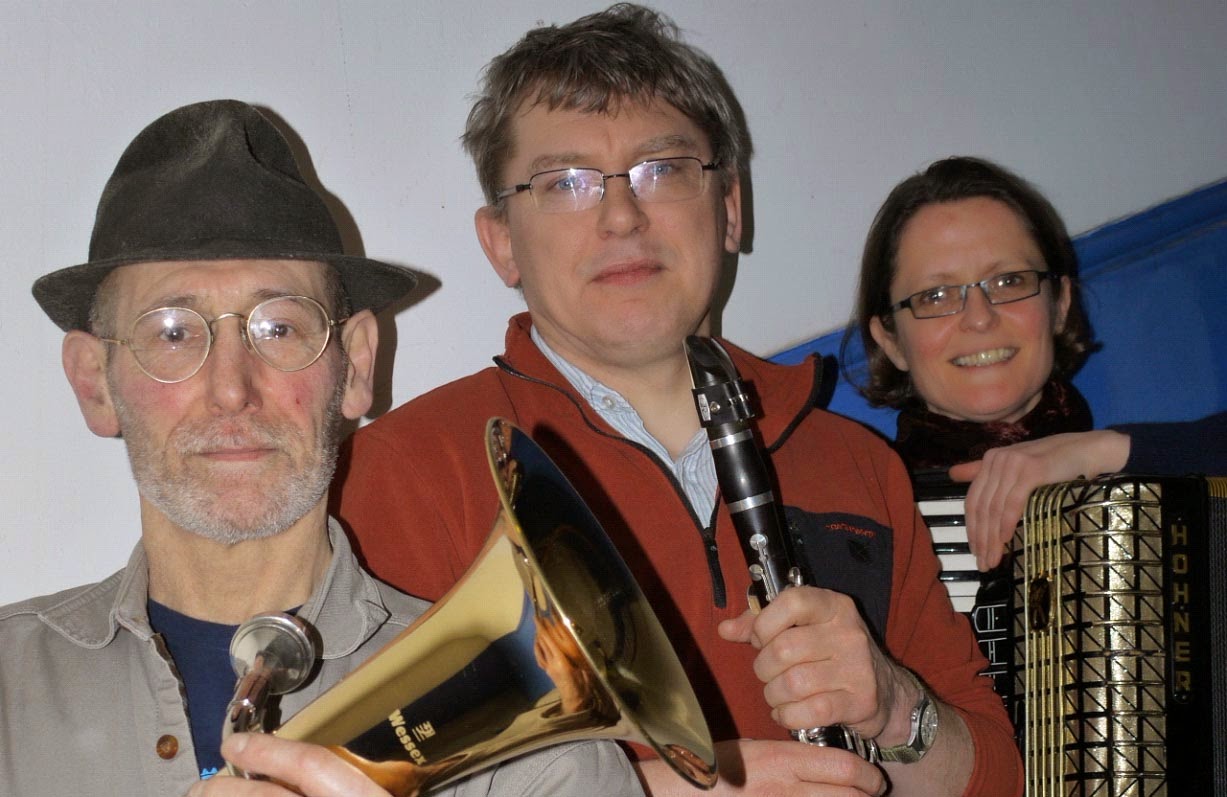 Kleyne Klezmer is a instrumental trio of clarinet, accordion and tuba based in Edinburgh. We play klezmer music – the celebratory music of Eastern European Yiddish-speaking Jewish communities. The music consists of many dance tunes, (very) roughly corresponding to Scottish strathspeys, reels and gigs in terms of tempo, but called hora, freylekhs and bulgar in this music. The music’s modal nature gives it a characteristic sound which differs from the western major and minor tonalities.

Simon Carlyle (tuba) and Andrew Gardiner (clarinet) are both vets by training. Jan Waterfield (accordion) is an early keyboard specialist and performs regularly in orchestras throughout the UK and beyond.

Supporting acts, Harmony & Horsehair, along with other local musicians

The Lighthouse Store,  Brough Bay
Free Admission
(There will be a donation box)
Refreshments provided
Feel free to bring your own bottle
World Wide Knit in Public Day,

Along with regularly scheduled work day, June 13 is 10th anniversary of World Wide Knit in Public Day, Celebrate by taking up your needles (or use ours) and knit a gansey square. All too often 'women's work' was invisible. Knit in public and learn about the gansey heritage of knitting first hand.

The Brough Bay history archive is now available on-
www.broughbay.org/archive/
There are 100's of pictures, many stories & interviews,
Take a look, the past is very interesting.
We are always looking for more contributions and would love to have a copy of you pictures and stories.