First Work Day of the Season

Work Day 9th April 10.00 to 12.0. Come along and help or share stories. There are rocks to be picked up, planters to be painted, and other chores always come up--it's a lot like housework, never completely done.

And of course you can come along and enjoy the view with the new path and bench.


We have just received word that we have been awarded a grant from Spirit of Caithness for our music evening at Brough Bay May 28th. Thanks to their funding we are able to expand on the successful evening we had last year in the bothy.

Please save the date--May 28th--to hear the Kleyne Klezmer trio and local musicians. Part of our proposal included community contributions, so please bring along some food or drink to share and put a donation in the kitty on the evening if you can.

We'll have more information closer to time, but wnated to share the good news with everyone right away.
'

Funded from the Spirit of Caithness – A Fourteen Community.
The Fund is administered by Foundation Scotland’
Posted by landgirl at 20:15 No comments:

Back to Brough (without a rake this time) 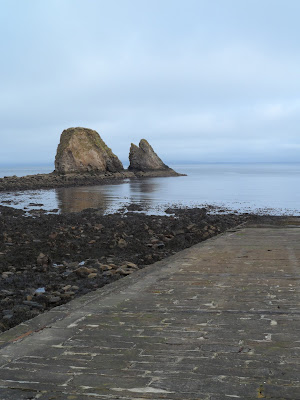 I enjoyed the experiment in cleaning the slipway as Mick noted in last blog post. As a girl from the prairies anything to do with the sea is an adventure for me.

I came to the harbour today along with two other committee members (the knowledgeable ones) who were meeting with the engineer from Glasgow who may be doing some work for the slipway and bothy and possible parking area. There is a lot of work involved in keeping this wonderful asset in good nick and available to the community.

The tide was well out, the water slack so it looked like glass.  The sun came out as the engineer and her friend arrived. The air smelled of the sea and the birds settling into their nesting sites were making quite a clatter. It was a bonny site and the friend from Glasgow was astonished to see how beautiful it is. The beauty is not visible from the road so it was a nice surprise. She got to walk along the new path down to the beach. And after we left, a mother seal and her pup came out to sun themselves. We know how beautiful it is, but it is nice to rediscover it through the eyes of a newcomer. 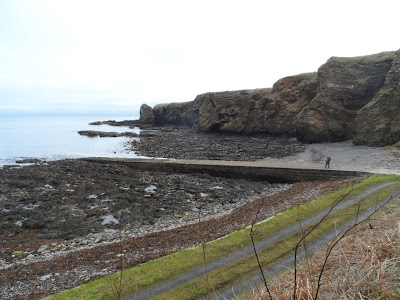 Posted by landgirl at 12:09 No comments:

Planting at the harbour

We are looking for wooden fish boxes for planters at the harbour- non forth coming
But Dave collected 12 half barrel tubs from Auckengill this morning.
Not fish boxes but they are wood and they are Good.
A little TLC and some green fingers needed.
Any volunteers ? 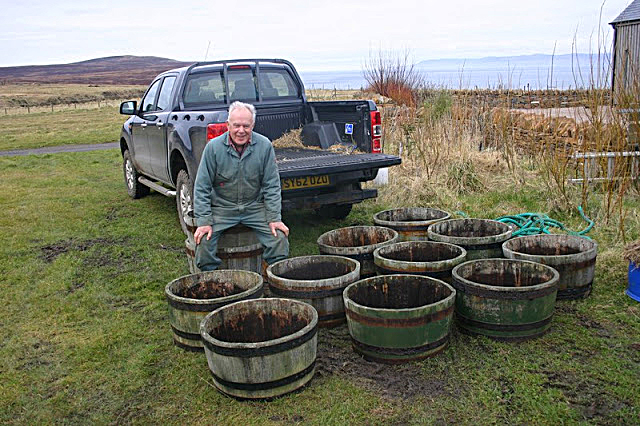 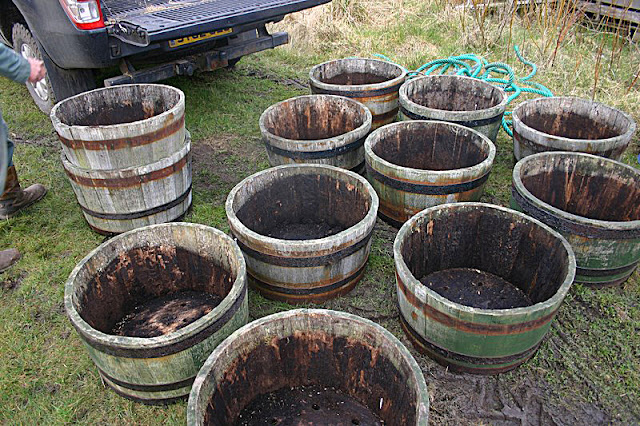 Slipway cleaning is always a problem, so today 4 hardy volunteers set out to evaluate different methods of removing seaweed and moss.
Dave on the power washer
Sharon on the Rake
George on the strimmer
Mick on the scythe.
A very successful trial and Mick even took home the seaweed for the garden 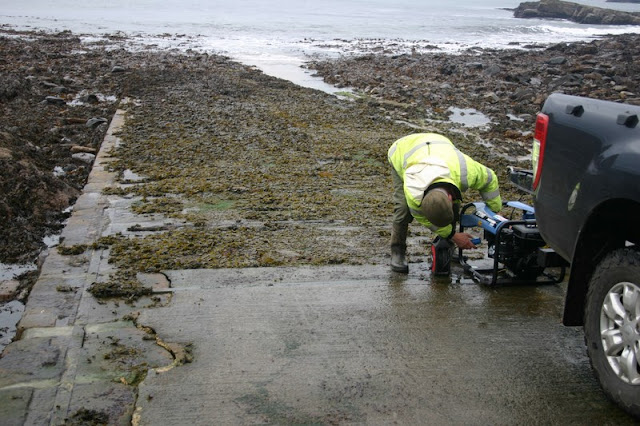 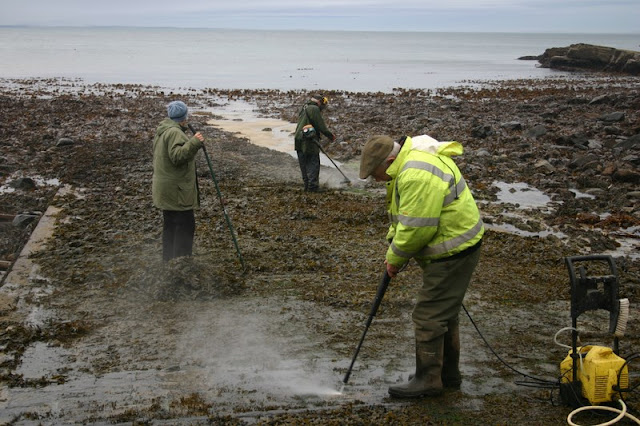 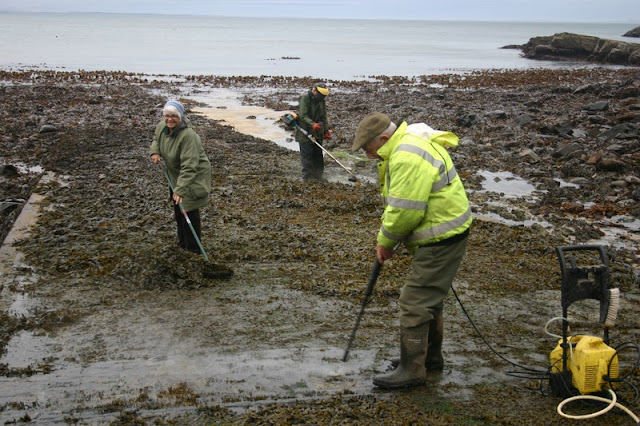 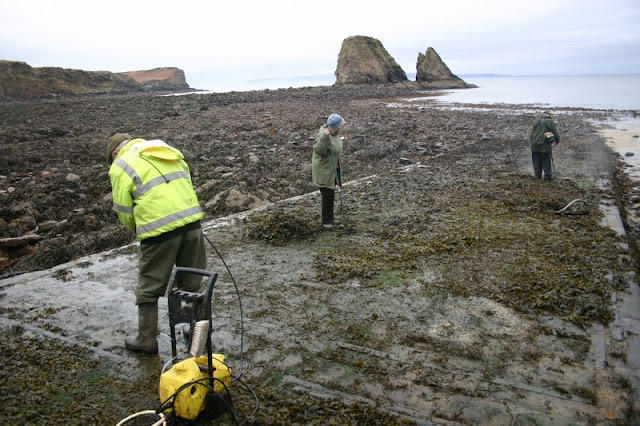 New Board members appointed at the AGM

We had a very good turnout at the 2016 AGM, thanks to all who came along.
The proposed change to the Articles of Association to increase the maximum number of Board members from 8 to 10 was passed unanimously.

A new board was elected which consisted of al the retiring members plus new members;-

Rig 'Safe Boreas' in the Firth from Brough Bay

Rig Safe Boreas in the Firth from Brough Bay 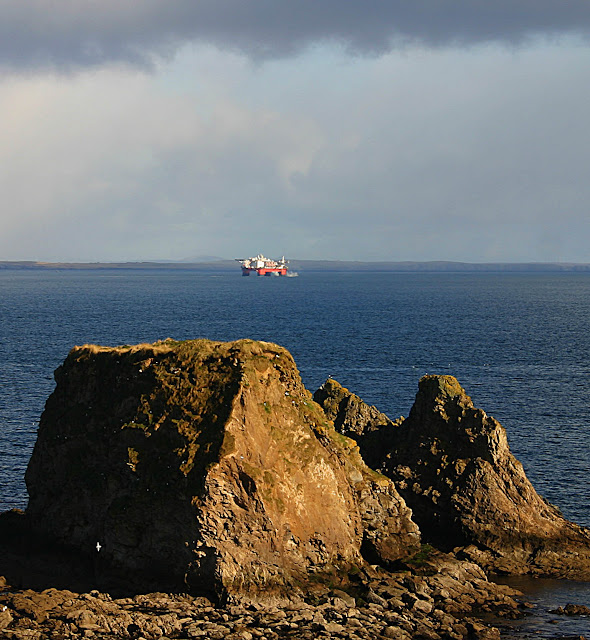 The vessel is named after Boreas, the Greek god of the north wind and the bringer of cold winter air.
It is an Accommodation vessel which will accommodate 450 in single rooms. 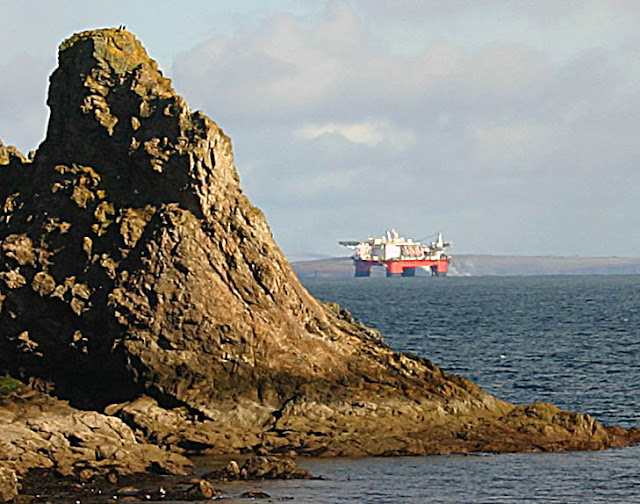 The Brough Bay history archive is now available on-
www.broughbay.org/archive/
There are 100's of pictures, many stories & interviews,
Take a look, the past is very interesting.
We are always looking for more contributions and would love to have a copy of you pictures and stories.